biography of the mayor

BIOGRAPHY OF THE TSWAING MAYOR 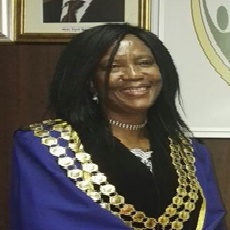 Cllr.Dimakatso Lydia Malwane is a resident of Atamelang township where she grew up and attended school. She matriculated from the Phatsima High School and thereafter pursued her studies to be an educator. She holds a Diploma in Education from Taung College of Education as well as a BTech Management from Tshwane University of Technology.

Mayor Malwane is currently studying Municipal Finance and Supply Chain Management Advanced Certificate with Wits Business School. She resigned as a PL 2 educator from the Department of Education in 2011 to take her seat as a member of the Tswaing council.
Political profile.